Rainforest QA is a popular alternative to User Testing

A simple yet powerful test editor means everyone on your team can contribute and collaborate. Tests run as fast as traditional automation, without the downsides of being code-based, or being tied to the DOM.

You can run Rainforest Automation against our crowd of trained testers any time you want. This gives an extra layer of feedback only humans can provide in under 30 minutes, 24x7.

Write once, test on multiple Browsers

We take care of the infrastructure; keeping you supplied with the latest browsers and devices. With Rainforest Tests, you can write them once and run them against a list of browsers in one click.

Video included as standard. HAR logs of what your server was sent and replied? Standard. Send issues directly to JIRA. Tester comments and debugging on demand.

Video included as standard. HAR logs of what your server was sent and replied? Standard. Send issues directly to JIRA. Tester comments and debugging on demand.

User Testing does not have public pricing. We list our pricing publicly, so you can be sure of what you're paying upfront.

Our pricing is public and scales with you as you test. There isn't anything hidden.

Fits in your existing CI/CD process

User Testing does not integrate in to your Continuous Integraion process. With Rainforest, you can get results every run with our one line integration in to your CI/CD process.

Get results every run with our one line integration in to your CI/CD process.

Do I need to sign a contract with Rainforest?

No. You only pay for what you use each month. If you want to have a more predictable cost, or get volume discounts, just talk to us.

“I can hire two or three good QA people and they can act with the power of five or six, just by using Rainforest.”

“Tests that would take our in-house manual team two or three days can be executed by Rainforest testers in less than a couple of hours.” 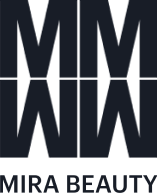 “We wouldn't be doing CI/CD the way we are now without Rainforest's automated QA backbone.”

“Innovative approach to QA that allowed us to get coverage in record time.”