This first computer "bug" may have been a moth who managed to flutter inside the Harvard Mark II in 1947. However, in recent years there have been more than a few software bugs to make developers' skin crawl. In a world that runs on software, there are few things scarier for businesses than products breaking in customer's hands. Just last year, the U.S. economy lost a frightful 1.1 trillion dollars from software defects.

Software quality drives business success. Even just one scary bug creeping into your systems could transform your product into a horrifyingly haunted house.

Ghouls and goblins beware --these 3 software quality horror stories might just be spookier than you are: 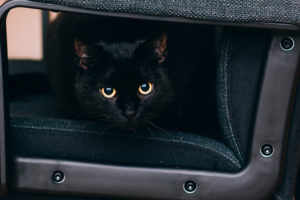 The cat may not be the only one listening in on your costume-planning conversations.

For many people, the idea of being listened in on sounds like a nightmare. But we tend not to think about that possibility too much, despite smart speakers becoming a more common fixture in our homes. However, in 2017 one Google Home Mini user found that his speaker was not just listening, but recording everything he said 24/7.

Fortunately, Google was quick to act. They released a patch for the bug that caused a small number of their smart speakers to accidentally trigger devices, and future devices haven't experienced the same problems.

From the smart speakers in our homes to programs we manage our businesses with, consumers and businesses expect the software they rely on to keep their data safe and secure. Your QA strategy must take into account your user's expectations for quality and security to keep them happily engaged with your product. 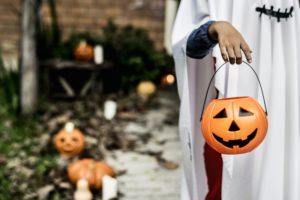 Distributing faulty lottery tickets are akin to promising king-sized candy bars and handing out raisins instead.

Winning the lottery may sound like a treat for many, but our next software bug turned into a bit of a trick. Those who play the lottery, and perhaps those who don't, might remember South Carolina's Christmas 2017 lottery scare. The prize for the winning ticket was a whopping 33 million dollars. But, there were 42,000 winning tickets --not just one.

Those 42,000 "winners" cried out with joy and set off to collect their millions. Only to scream in anguish upon learning their tickets were false and those millions weren't theirs. The game's technology belongs to Intralot, who's now facing a 33.8 million dollar lawsuit.

At the end of last year, Intralot was up for renewal with the state of South Carolina. Unsurprisingly, the state did not renew the contract. Having a QA process focused on keeping Intralot's customers (and their customers) happy, might have saved the company from this revenue horror story.

Be Afraid, Be Very Afraid --of Bugs - Original Quote from The Fly 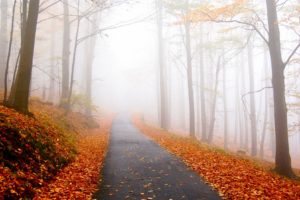 Apple Maps users might have ended up on a spooky road to road nowhere.

Shipping a bug can certainly cost a company revenue. But how often is that lost revenue in the range of billions of dollars? Apple is famous for products that are not always the first, but are often the best. Setting a very high bar for quality, design, and brand experience, it's clear why Apple's products are often favorited by consumers.

For 2012's 44.5 million iPhone users, Apple Maps felt like an alien invasion and complete takeover. In placing themselves over their customers and releasing a shockingly buggy product, Apple's shares lost about 4.5% of their value, or roughly 30 billion dollars.

Preventing a Software Quality Horror Story From Happening to Your Company

Having a QA process that empowers teams to take a strategic approach to quality without slowing down the development cycle is the key to product success. Learn more about avoiding the boom and bust of QA by subscribing to our blog for updates.