What is Black Box Testing?

Black box testing is a form of software testing during which the functionality of an application is tested without looking at the code or internal structure. Any test which examines the interface of the application is considered black box testing. There is a wide range of test types that fall under this category of testing, including functional testing, regression testing, integration testing and user acceptance testing.

How Does Black Box Testing Work? 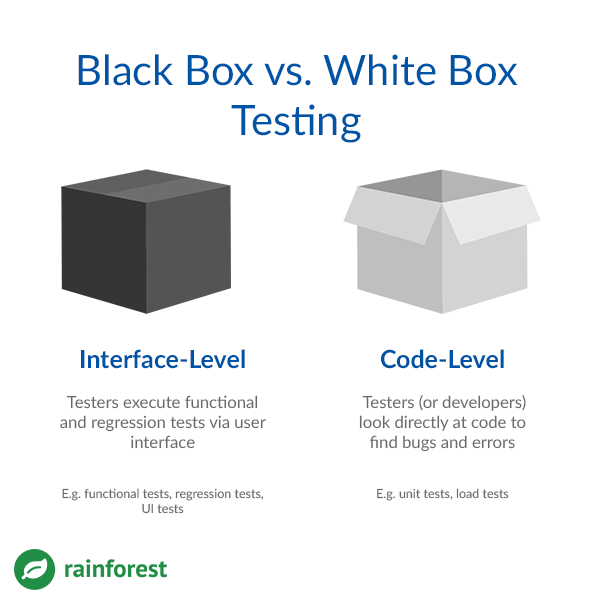 How is Black Box Testing Used?

Black box tests are generally used for functional verification of features for an application. Test cases are written with the intended requirements and specifications of the application in mind. Specific inputs for the test are designated, with a particular intended output.

One additional advantage of black box testing is that deep knowledge of the code is not required to execute the tests. As a result, testing can be completed by nontechnical contributors -- such as QA testers or product managers. This also means that tests can be executed outside of the organization, whether by an outsourced contractor or via crowdsourced testing.

Black box testing can be redundant, as it often tests the same functions that may also be tested during unit testing. This form of testing can also be time-consuming; trying to test every possible user path can lead to having a bloated test suite. In order to get the most out of black box testing, teams should focus on creating test cases that ensure that critical user flows are covered.

Rainforest QA provides a scalable method of managing and executing your black box testing strategy. Rainforest testers execute functional and regression tests against both staging and production environments, then provide deterministic results indicating whether the test passed or failed. Learn more about using Rainforest to drive your functional testing strategy by checking out our platform page.