What is Crowdsourced Testing?

Crowdsourced testing is an emergent method of QA testing which leverages a dispersed, temporary workforce to test software applications quickly and effectively. While conventional methods of software testing are conducted within the organization, or via an outsourcing contractor or QA consultant, crowdsourced software tests are executed by multiple individual testers in different locations.

What is Crowdsourced Testing Good For?

Crowdsourcing is an excellent method of execution for feature verification in later stages of development, when the product is too complex for the in-house team to cover all possible use cases. However, teams practicing CI/CD have also found that utilizing crowdsourced testing earlier in the development workflow can be useful for finding bugs and issues before they reach production.

Crowdsourced testing is also beneficial for small teams because it provides “fresh” users who can provide more objective feedback on the application. This feedback can be an important part of improving UX and ensuring product usability.

Another common use case for crowdsourcing QA is for teams who have irregular testing needs. By crowdsourcing their testing, teams can easily scale their testing capacity before big releases or other significant events. This allows them to maintain the minimum in-house QA resources full-time, while having the assurance that their testing force can expand when the need arises.

Testers access the software via a platform, and manually execute tests of the software as requested by the customer. These tests can range from broad exploratory testing to highly specific functional verification testing. The testers provide feedback on the software, usually including a list of bugs and defects found while executing the tests. 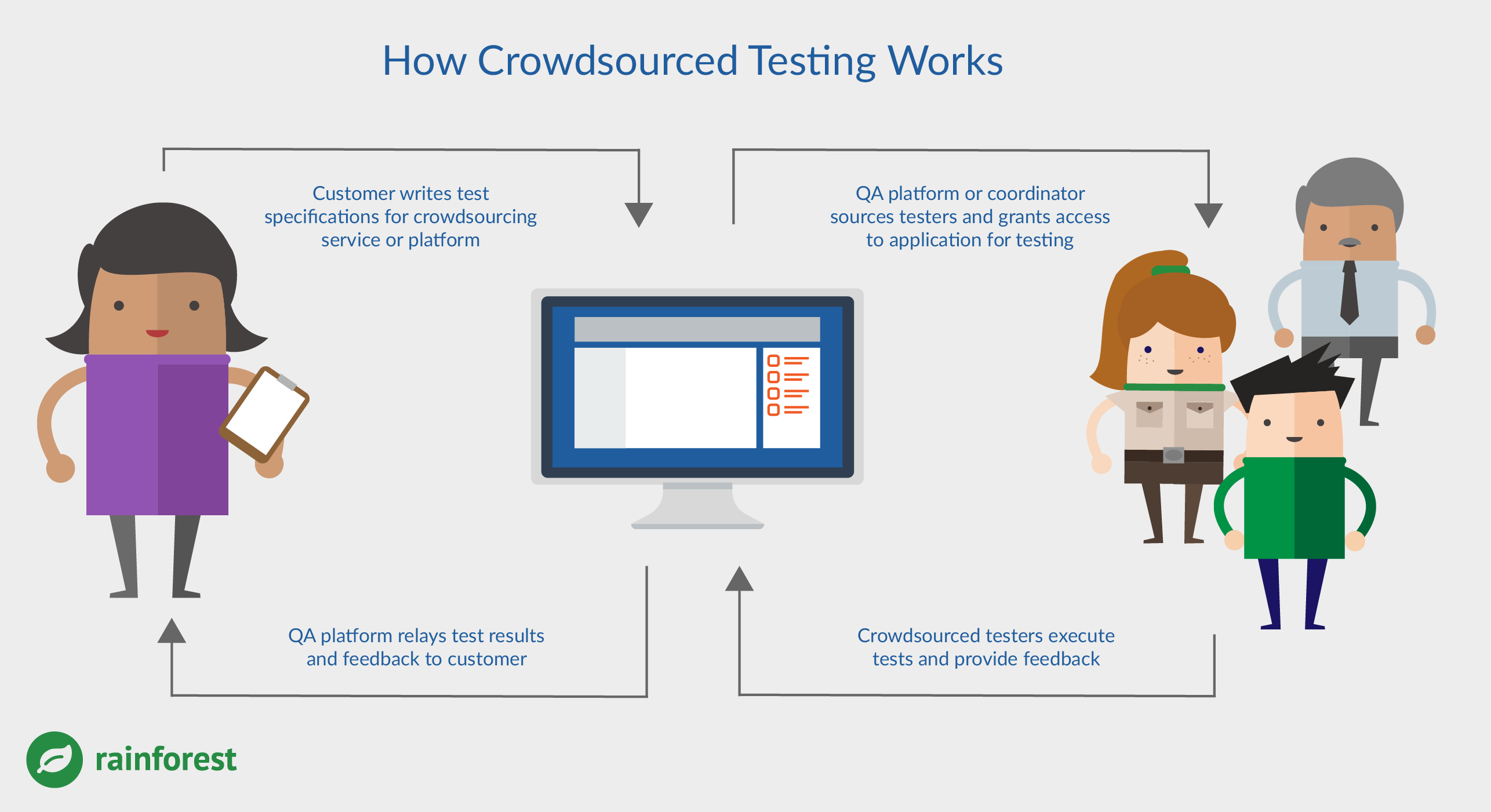 In order to insure product confidentiality and test quality, look for crowdsourced testing solutions that provide assurances including NDAs and regularly monitored communities of testers.

Rainforest is the fastest way to execute crowdsourced regression tests. The Rainforest testing platform that integrates into your existing workflow and provides fast, easy access to a huge community of crowdsourced testers. Rainforest tests can be written and run from the command line or from your CI server. Test results can be reviewed and imported automatically into bug tracking tools like JIRA or communication tools like Slack and Hipchat.

Each test run in Rainforest is executed by 3 crowdsourced testers in order to ensure higher quality and more accurate test results. Tests are executed within virtual machines (VMs) that provide a clean, controlled environment for testing and secure access to web applications.

We recently made the decision to remove Recompose entirely – which was a large endeavor. It touched over 200 files, and in some places was deeply coupled to core functionality of our app.This post covers why we decided to replace Recompose.
most popular post:
April 29, 2020